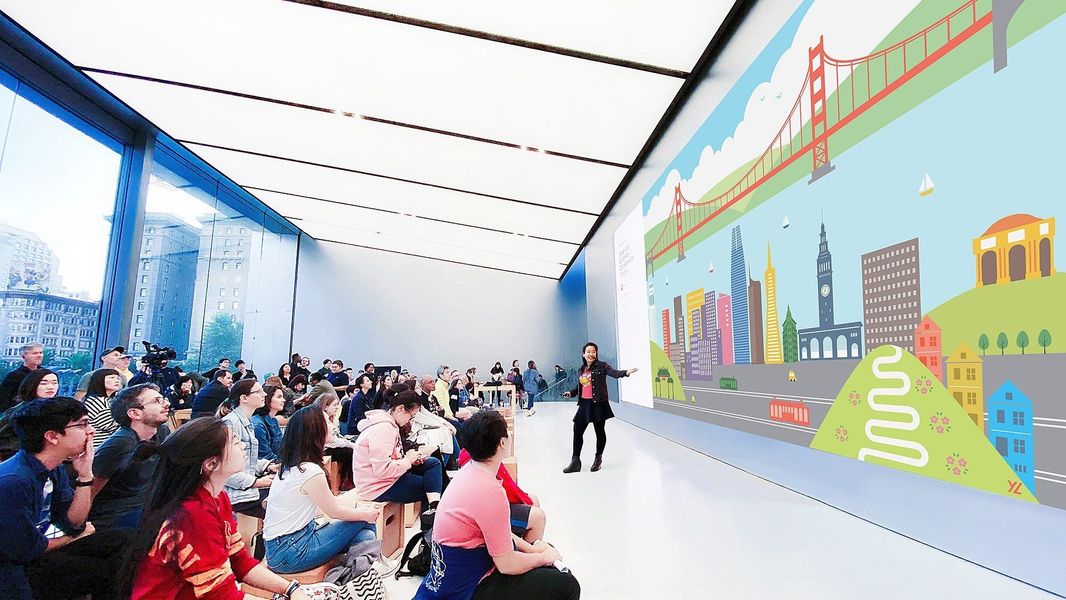 We live in an increasingly borderless world, where design plays a vital role in connecting people as a global community. Join Yiying Lu, one of the "Fast Company's Most Creative People in Business", to hear how we can use design to empower us as creative global citizens to bridge divides, bring people together, and engage with cultures around the world. From the Twitter Whale to Dumpling Emoji, Disney Shanghai Mickey Mouse to Conan O'Brien Pale Whale, Yiying Lu creates iconic designs & brands which transcend the linguistic barriers, unite people, and enchant audiences around the world.

Yiying will share the creative journey she endured applying art and design to ultimately create community, solve problems, and tell cultural stories. Here, she will share the story of creating the Twitter fail whale, breaking down her creative process for designing the official dumpling emoji, engaging and inspiring diverse communities during COVID 19 via "Wear to Care" Design Clinics, and so on.You will also get a chance to ask her questions live during the Q&A session.

Yiying Lu is an award-winning artist, entrepreneur, educator, and bilingual speaker. She was named a “Fast Company’s Most Creative People in Business”, Microsoft’s “Top 10 Emerging Leader in Innovation”, and a “Shorty Awards” winner in Design. She has been featured in The New York Times, Forbes, Bloomberg, Fast Company, The Atlantic, TIME, L.A. Times, Wired Magazine, The Verge, NBC News, CNN, and BBC.

She was born in Shanghai China and educated in Sydney Australia & London UK, is currently based in San Francisco. Leveraging her cross-cultural background and experience, she strives to be a bridge between the East & the West. Her life purpose is unifying the dualities between Art & Tech, Business & Culture, Beauty & Meaning, Work & Life.