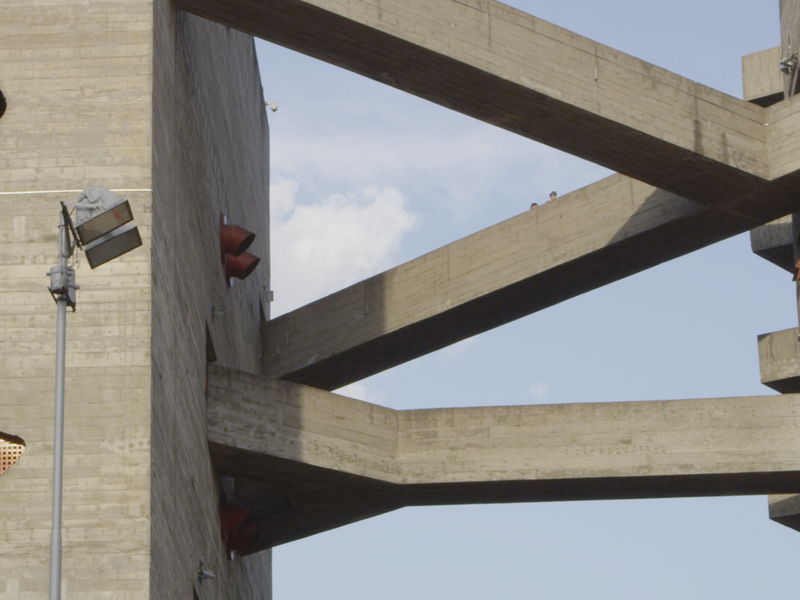 Precise Poetry, by director Belinda Rukschcio, is a documentary "film about famous Italian-Brazilian architect Lina Bo Bardi, who created poetry through architectural precision. Told in a series of interviews in Portuguese with English subtitles on the eve of her 100th birthday, Bo Bardi's colleagues and friends recount the socio-political constraints and personal events that would lead to the timelessness of her work."

Attendees will have the opportunity to enjoy a socially-distance drive-in screening of the film, surrounded by the urban architecture of downtown Austin. Joining together apart reminds us of the power of film to bring community together and the importance of shared public space in urban design. The event will begin with a filmed introduction by University of Texas Professor and Director of the School of Architecture Graduate Program in Architectural History, Professor Fernando Lara, who will discuss the life, work, and place in history of Lina Bo Bardi.

There are two screenings of the film: 6:30-7:30pm and 8:00-9:00pm. Attendees should plan to arrive 30 minutes before the film begins, starting at 6:00pm for the first showing and 7:30pm for the second showing. Outside food and beverage are welcome. Pre-orders for food from Brazilian food truck Boteco and concessions from Blue Starlite will be available for purchase.

Please note: one general admission ticket reserves a parking spot for one car with two attendees.