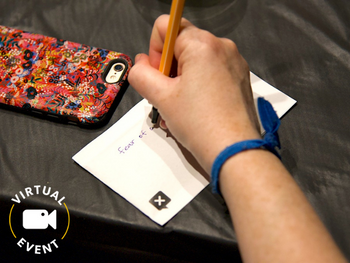 Join us in this interactive virtual workshop where we will delve into a future of big dreams, failure, support, and vulnerability.

We will use interactive prompts, activities, and an online whiteboard to share and learn from each other. Participants will leave with big future visions and an understanding of the interconnectedness between failure, vulnerability, support networks and success.

ATX Fail Club exists to reframe failure as growth and empower more people to persist through setbacks. We can’t prevent failure but we give you tools to make it hurt less.