In this workshop, we’ll use paper, pencil, and scissors to make folded paper structures that will serve as scaffolding for typographic manipulation. 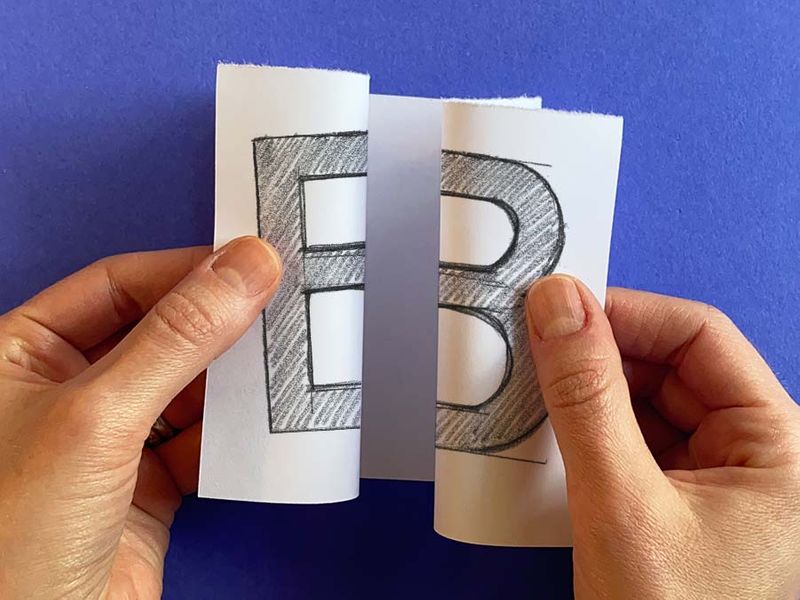 Even when trapped behind our computer screens, typography behaves as if it were physical: it stretches, it compresses, it thickens, it thins, and animates. Designer and author Kelcey Gray has been experimenting with various interactive paper metaphors to better express the dynamic reality of these new typographic conditions.

In this workshop, we’ll make a stretchable letter and then play around with how to extend our model to explore other ways of making. Participants will use paper, pencil, and scissors to build folded paper structures that will serve as scaffolding for typographic manipulation.

She is the author of Let’s Make Letters! and currently teaches design and typography at the School of Design and Creative Technologies at the University of Texas at Austin.

Kelcey received her MFA in Graphic Design at the Maryland Institute College of Art in Baltimore. Throughout her career, she has won several industry awards and been featured in publications like Fast Co., Communication Arts, Under Consideration, Gestalten Books, and ""Type on Screen"" edited by Ellen Lupton. She has exhibited her work both nationally and internationally, notably at the 2017 London Design Festival.

She was once told she was "energetic, but not in that annoying way" by someone who clearly meant well but was not very good a giving compliments.