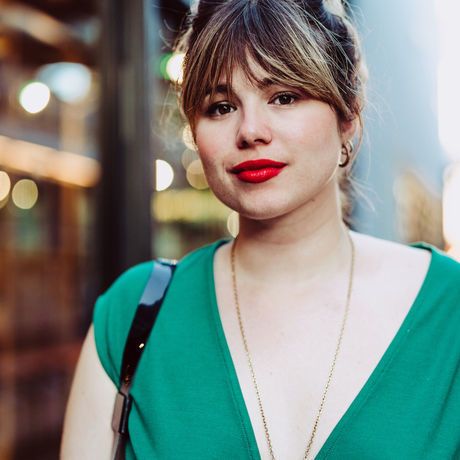 Working alongside &Feminist, #bossbabesatx organized a panel and art installation that explored the place where our personal/political narratives intersect with our social/built environment. Hosted at Lewis Carnegie Design Studio, the event also featured a film screening from Open Architecture: Austin.

Jane recently spoke with us to reflect on her experience and give some guidance to those of you who want to put your best foot forward at Austin Design Week this year.

How they chose what and who to include:

People need to hear from those they can relate with, and they need to hear it presented in a way that is conceptually accessible and that that provides the most educational environment.

So there was the &Feminist installation during the panel. And then also to bring in perspectives that were not necessarily from designers but from people who are designing our communities and designing the systems that we live in and designing the education that we receive.

And so that definitely informed the panel and how it developed and how we chose who we chose.

Her advice for people organizing events for ADW this year:

Think about the attendee and their experience first, then think about the participants in your discussion or in the event second.

…And some perspective how to execute on this advice:

Starting from a place of qualitative and quantitative data is very important. What that looked like with our panel is we were in conversation with people that we knew were influencing the design of spaces and programs in our communities.

And so, you know, we asked them, what do you want to talk about? What are you most interested in exploring? And I think that’s a great place to start, especially if you're trying to curate something that isn’t necessarily aligned with your day-to-day industry. Or, you know, you’re taking something to level that could be interpreted in many different ways. Start by asking people questions. Get that qualitative analysis and help it inform your own understanding of the topic at hand.

Finally, how to organize an event that embodies the theme “Open Doors”:

The following interview was edited for length and clarity.